Connie Bonn-Jennie began sewing with her first big purchase after graduating from high school in 1959 - a new sewing machine. Years later, after sewing many projects for her three sons and herself, she took up tole painting, then later oil painting.

After a career in two school district's offices as a secretary, she retired in 1998. Connie and her husband of many years became snowbirds in Southern California where she began lessons in bead weaving. After the first class in 2003 she was hooked!!  Her excellent instructor was responsible for teaching how imperative certain techniques are to creating a perfect piece of jewelry.  With so many color choices drawing her to learn the new craft and to study many wonderful patterns, then producing the jewelry became a passion! Beginning in 2008 she started her business, Connie Bonn Jewelry. It has become high on the list of things she enjoys doing!

After her husband's year of illness and then death, she waited a year to relocate closer to a son and family near Eugene, Oregon. She continued her business, but needed to concentrate on a new clientele.

Over the years with her love of beads, she has acquired a zillion beads and wants to put them to good use. With the increase in online sales, it seems logical this is the best way to use those beads. 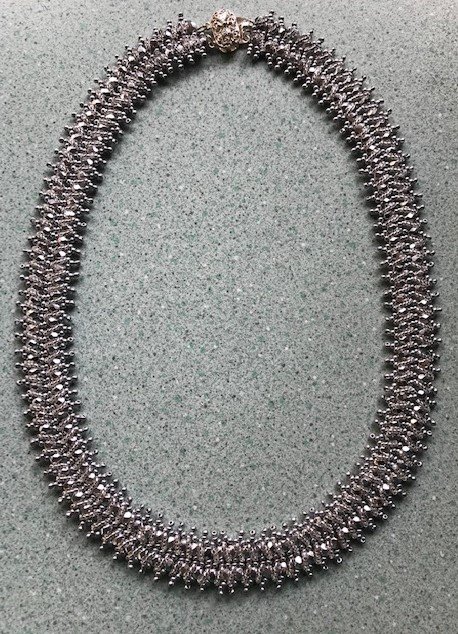